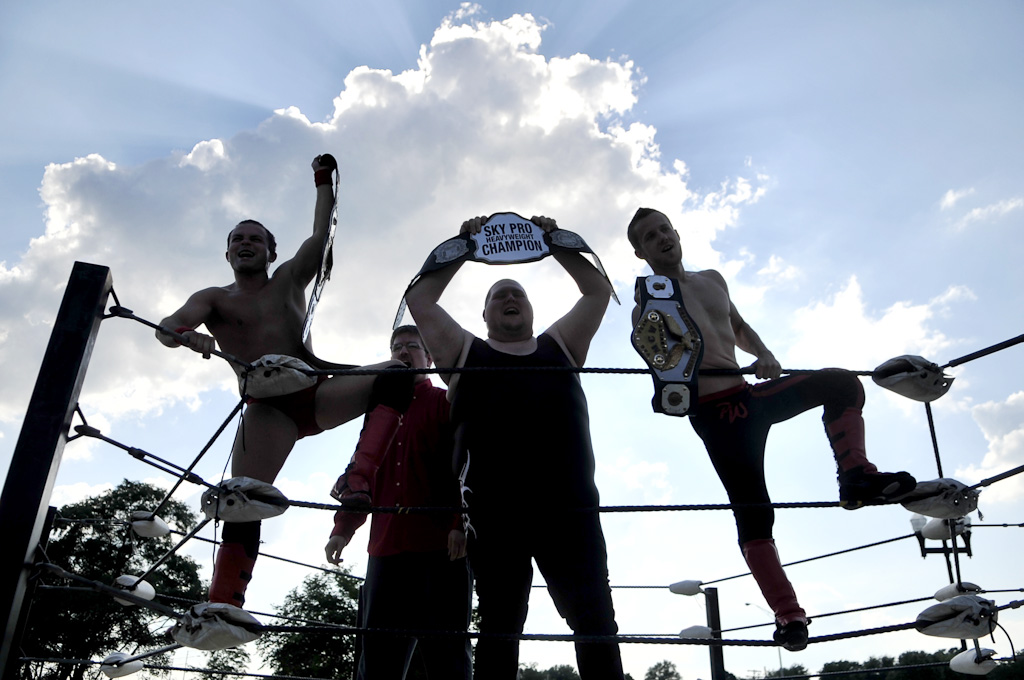 NICK SCHNELLE/JOURNAL STAR From left, wrestlers Scotty Keyes Big Pappa and Perry Winkle stand in triumph with their championship belts after claiming victory on Sunday at the Sky Pro Wrestling match at Hilltop Bar & Grill in Creve Coeur. Sky Pro Wrestling was formed in February by a group of wrestlers from around the central Illinois area and is associated with the Independent Professional Wrestling Federation.