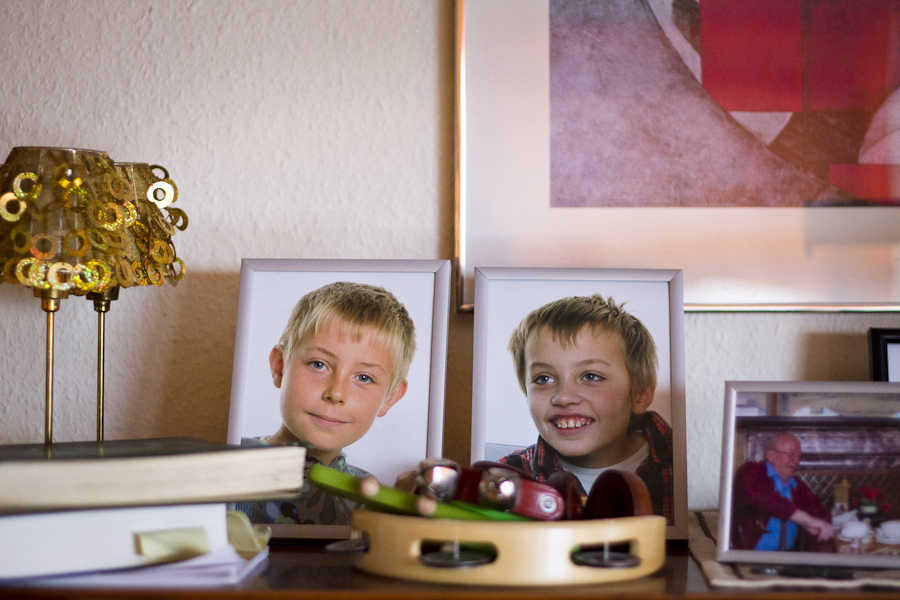 So, as I mentioned in my last post, last Thursday at DMJX we were given our first assignment, for the international Photo 1 program. Here was the assignment:

Essentially we assigned to find photograph a story (pretty opened-ended here) starting in this area and given two days of shooting to do so. We had until today to get the first day of shooting done, while the second needs to be done by this Thursday. So I got to searching the background on this area, googling all I could find. I eventually came up with a couple of areas I wanted to explore and did so this past Saturday. I went to a cemetery and right away was given the OK from a couple of guys topping off a grave. The problem was they were done for the day so I moved on to walking around almost the entire area code and taking notes. During my walk I found myself on a road called Klokkervej and noticed people and families skating on some frozen ice. I knew one of the potential story ideas I had — though simply it may have been — was to just photograph a family and determine the visual subtleties I could see with Danish families and the US, so the ice skating I felt was a good spot for that. I marked the location down and moved on to go scout more areas. I then went back to my dorm after walking around for a good four hours (feel like a strained a muscle for sure).

The first place I returned yesterday was the skating rink. Hardly anyone was there but two families. I was careful to make some small talk when I approached a father before introducing myself as a student and my intentions with my assignment. The father said OK and I got to taking photos of him and his children.  I felt a wave a relief that someone said yes and within 10 minutes they were to leave for home before going to swim indoors at a school. 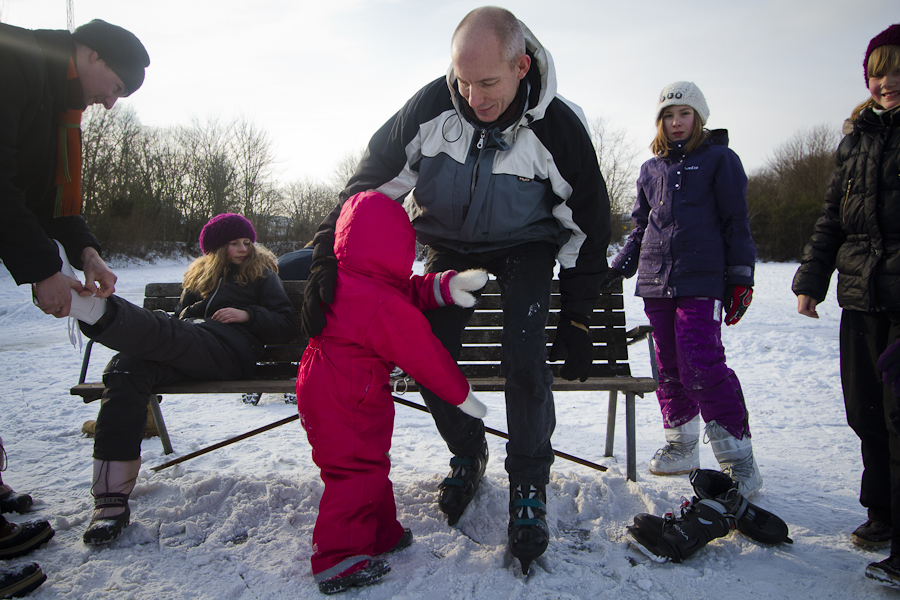 I got their information and was to meet them at the pool later in the day when a hell of a story fell into my lap.

As this family was leaving another family came down. They had to young boys with them when one tried to reach for the soda that I had in my book bag (I could tell that the boy was different). The father approached me and we got to talking and I learned that the boy is autistic and has mental retardation. He is also a twin (as am I). I was discussing with the father what I was doing down at the reservoir with my camera and he then went on to say it was OK if I photograph his son.

I was pretty shocked. I’ve never met a person who was so willing to let me photograph something so personal in such a short time of interaction. So of course I stuck with this family and had to let the earlier family later through email that another story had presented itself. After a few minutes of talking with the father mostly and snapping some photos he offers me to come back to their home for coffee and food.

Again I was shocked. I feel odd to be thinking in such a way — by which I mean happy that I was offered to be able to photograph a child with autism — but I was I think I was just as humble to be able to let into this family’s life with their child, whom I am very interested in learning about. One of my best friends works with children with autism and so I’ve been pretty fond of the types of behaviors she’s encountered. Plus I’m just so very interested in the psychological and sociological aspects of it all as well. Again one of the reasons why I love what I do — the ability to learn things first-hand in sometime intimate moments. I went back to their home and talked with the mother and father over coffee and various foods for a couple of hours. It was amazing and I still am somewhat in a state of bewilderment that they let me into their lives so quickly. I took some more photos at the home and then left.

While we only need to photograph this assignment over the course of a two-day period, I am going to ask the family if it is OK for me to stick around and document. As a twin myself I really want to see how the twins relationships are around one another. For this story I believe it deserves for me to be around enough to understand this relationship and to capture that visually. For letting me into their lives the deserve for me to tell their story accurately. And to do so I believe will take time. I go back to photograph this Wednesday to get more photos but I am going to ask them if it is OK if I come back to shoot this until I feel I have what is necessary to tell the story.

Anyway, I’m just excited that I was able to find a story that I found interesting and compelling for my first assignment at DMJX and I hope that means good fortune for later projects.

3 thoughts on “in a good mood, finding a great story”